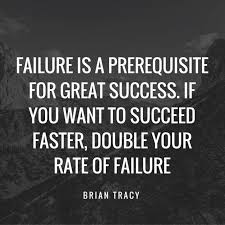 In 1990, I worked for the Coca-Cola Company in Atlanta as a sales equipment engineer. During this time, we were running a campaign known as “Magic Summer ’90.” Part of this campaign involved Coca-Cola cans that contained cash or prizes instead of soda. Of course, Coca-Cola didn’t want its customers to know which cans had the prizes, so the engineers needed to develop a can that could contain and deliver the prize but still feel like a regular can of Coke. The result was called MagiCan. The can looked perfectly normal from the outside but was filled mostly with chlorinated water mixed with a foul-smelling substance to discourage consumption, along with a small dry compartment so the money or prize would pop up when the consumer opened the can.

Not long after the MagiCans were released, a consumption incident with a consumer resulted in a considerable amount of negative publicity. Coca-Cola spent several weeks pulling products off the shelves and paying engineers to drain cans, refill them with hot wax and then ship the cans out again. In the end, MagiCan was not considered a successful project. But Coca-Cola isn’t alone; all companies – including the global giants – have projects that fail. In fact, a 2015 report showed that, out of fifty thousand projects, 71 percent failed to meet these three basic criteria: on time, on budget, and with satisfactory results.

In my experience, gained from almost thirty years of helping organizations manage projects successfully, these six common issues account for many project failures:

The good news is, there’s a way to avoid, manage, and counteract each of these common mistakes. Your percentage of successfully completed projects can far surpass those statistics referenced previously. Learn more from Clinton’s book, How Teams Triumph: Managing by Commitment.