Is Co-location still a Viable Tool in the Age of Virtual Teams? - PM 360 Consulting
17395
post-template-default,single,single-post,postid-17395,single-format-video,wp-custom-logo,theme-bridge,woocommerce-no-js,ajax_fade,page_not_loaded,,qode-content-sidebar-responsive,columns-4,qode-theme-ver-11.0,qode-theme-bridge,wpb-js-composer js-comp-ver-5.1.1,vc_responsive

Is Co-location still a Viable Tool in the Age of Virtual Teams?

08 Jul Is Co-location still a Viable Tool in the Age of Virtual Teams? 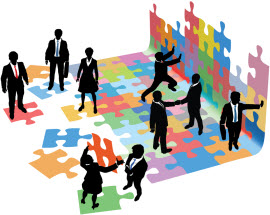 Is Co-location still a Viable Tool in the Age of Virtual Teams?

I remember, as if it was yesterday, my first large collocated project. The whole team felt like it was Christmas morning and that we had been handed some precious project. How else would you explain that we were allowed to be moved to the central office for the duration? That was years ago, and I have not had another one since. What has happened to the use of co-location as a primary resource placement strategy found in the PMBOK® Guide as a project management tool?  Is co-location still a viable collaboration tool for virtual teams?

It was over ten years ago, and still, I remember it as if it had just happened. Moving to the head office building, our whole team under one roof, taking over almost an entire floor. We had folks from all other satellite offices even some flown in from the US and the UK to be part of this initiative.

It was a large implementation, the first slated for our organization which meant that it had to work, it had to be successful for us to be able to repeat the process to other locations. Other options to being co-located, although limited at that time, had been considered but nothing was going to work like co-location would to position the team and this project for success.

What is it about co-location that works to engage the teams to perform better and be successful?

First and foremost, co-location cuts down on communication time and complexity by bringing everyone within a working earshot. People feel as if they are truly contributing and that it is easily noticeable as being in plain sight of the entire team.

When you have a working session, it is more often than not in a Work Breakdown Structure (WBS) and schedule plastered room we call a war room. Reminiscent of Winston Churchill’s war room with his generals. Some great projects have seen the light of day in such a room. Everything is conveniently there and many hours are spent devising strategies, coming up with decisions to what issues pop up.

Those were the days. It was hard work, long hours but boy did we learn a lot from one another. It was certain that we felt as if we were part of something important.

Forward ten-plus years now and co-location has almost disappeared as an option to project planning and deployment. Projects come and go, none seeming more important than the other to warrant all the movement. Don’t get me wrong, it is not that we don’t have the same type of projects to consider and deliver, we do, but the environment in which we deliver them has made co-location somewhat a last resort option.

Communication in our organizations and therefore on projects, in general, is one, if not the main reason, why our working setup has enjoyed a tremendous amount of change mostly because of the technologies introduced in the market. Peer-to-peer communication has improved a whole 200% as we are not restrained by a phone line while web collaboration and social media tools have provided options that were not even considered before. Almost instant communication takes place in a person’s hand or on their laptop wherever that person might be.

We have hoteling, open offices, and remote work being embraced by organizations all across the world.

That leaves me to ask if we are in fact missing something in the process?

If collocated projects were as successful as I have experienced all across organizations, would it stand to reason that we would want for high-pressure, high visibility projects to keep on collocating individuals to achieve that level of success?

It boils down to cost and a whole lot of factors but what we truly end up missing in this equation is the actual amount of knowledge transfer that occurs when you co-locate people to do work. This environment is a prime environment to effortlessly have people cross-trained and being able to apply newly acquired knowledge in a safe, supported context. In this setting, a more junior individual is head to head with the more seasoned professionals taking no time to bridge any knowledge gaps. Left alone in a virtual environment it is much harder to get that synergy and speed up that learning curve.

So, should PMI® consider taking co-location out of the PMBOK® Guide for lack of use or relevance and replace it with a bunch of social media tools?

I say no, what I would suggest is that organizations look more closely at co-location the next time a large project comes along to see if the synergies developed with a collocated team would improve their chances of success. For once, let’s look at an old way to do things and be more successful.