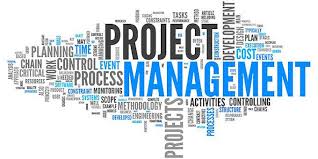 Project management is definitely no stranger to mistakes and failures. Not only that, but these mistakes can be quite costly: according, to Gartner half of projects that fail have a budget of over a million dollars.

So, we shouldn’t assume that the biggest fails in project management are always due to lack of funds. There are also other factors that can turn an innovative and exciting project into a real-life nightmare for everyone involved.

In the following paragraphs, we’re bringing you some of the top mistakes made in project management coupled with examples when they happened on a big scale.

The total exposure to risk (primarily financial) is a very important piece of the whole pie that we call project management. Every project manager knows that it’s optimal to find a golden mean between risk exposure and possible rewards, but many became blind to it, mostly because of overconfidence.

When we talk about risk exposure, we usually think of Wall Street guys, hedge fund managers and financial institutions. Case in point: Bill Ackman, a fund manager who claims to have bet over 1 billion dollars that Herbalife will fail – after the company proved to be successful for years.

Now, is there a possibility to be too exposed to risk in project management in products or services industries? Absolutely. It’s possible to make this PM mistake in any industry that exists today.

“In order to prevent mistakes to arise from high-risk exposure, make sure you and your project managers collaborate with other departments within the company. This way, they will balance each other out and find an optimal level of business risk exposure”, says Phillip Mayerson, a project manager at BeGraded.

It’s a well-known fact that’s become somewhat of a joke among project managers that most projects end up going over budget. According to PMI’s research, almost one-third of all projects run over-budget.

Now, this can happen for dozens of different reasons, but there’s always one common denominator after everything is said and done: the project might not have gone over budget if it was planned out in a better way and more strategically.

There are many well-known examples of this, such as:

Your budgeting fail might not be in these epic proportions (for example, the Montreal stadium had a budget of a little over 148.6 million, and ended up costing 3.1 billion!), but if you run a small business, every financial setback can, well… set you back.

Be aware of this common project management fail and aim for precise projections of the total cost for a project.

Recently, Netflix released a documentary about the failed biotech company Theranos. According to the movie, the company turned out to be completely unsustainable – instead of successfully “fake it until you make it”, they just got around to the first part. One of the most astonishing facts about this Silicon Valley fairytale-gone-bad: at its peak, the company had over 800 employees!

In this case, we’re talking about top engineering, biology and science talent worldwide, so you can imagine their yearly wages multiplied by 800. No matter how much funding this company could get, it would always be hindered by this huge number of employees in its early startup stage.

In other sectors, such as medical care, hospitals are notorious for their understaffing with nurses. It’s also very common that businesses that have passed their early phase still remain very small and understaffed in order to avoid risk, which makes the current employees work themselves to the bone.

Therefore, it’s very clear: having too much or too little staff on a project will have a direct impact on its results and success. Try to be as precise as possible while projecting the number of hands on deck you will need, but don’t avoid growing or cutting down just because that’s not what you initially planned.

Many people outside the language services industry would presume that a translation project is not so complicated to carry out. You just hire people who speak the language and voila, your localized ads or campaigns are ready to go, right?

It’s anything but this, actually. Given that there’s a language gap and a cultural gap between project managers and freelancers, translation and localization projects sometimes end up being horrendous fails.

For example, in 2016, citizens of Hong Kong took to the streets to protest the most recent Nintendo translation of the Pokémon game.

Brands are also notorious for literal translations of their brand messages which turn out anything but natural-sounding in the target language. That’s how Pepsi’s slogan “Pepsi brings you back to life” ended up being “bring your ancestors back from the grave” in Mandarin!

There actually is a lot you can do to prevent this kind of situations from happening. You can use some of these tools when you’re localizing content or copy: Grammarly (to check for proper grammar and spelling), TopEssayWriting (to find writing experts to craft the texts for you), ClassyEssay (to access a platform of multilingual writers) or ProWritingAid (to check for correctness of any text).

We all know this for a fact,not only in business and project management: poor communication and misunderstndings can lead to disastrous results.

Without having constant communication channels where team members can outline their ideas, raise issues and provide their comments, it’s very likely that the project will come across challenges that will fly under the radar.

This topic is especially important in today’s remote working environments. If you’re running a project that’s fully remote (all sections: sales, marketing, IT, design, product and project management), you have to make sure that the communication channels will suffice and enable a successful outcome of the project.

If you’re constantly educating yourself as a businessperson, you don’t have to go through trial-and-error processes with your company: you can also learn from other business’ mistakes and apply the lessons to your own.

Unfortunately, we have many cases of project management fails that led to poor results or a total crash of the project.